Putnam was honored for its successful implementation of Markit’s Trade Processing platform to automate the trade confirmation process associated with over-the-counter (OTC) derivatives. Putnam was the first mutual fund company to implement the product in a way that allowed for a significant increase in trading volumes while at the same time lowering the number of outstanding confirmations. 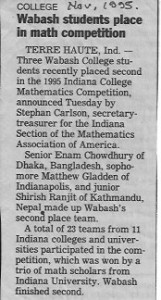